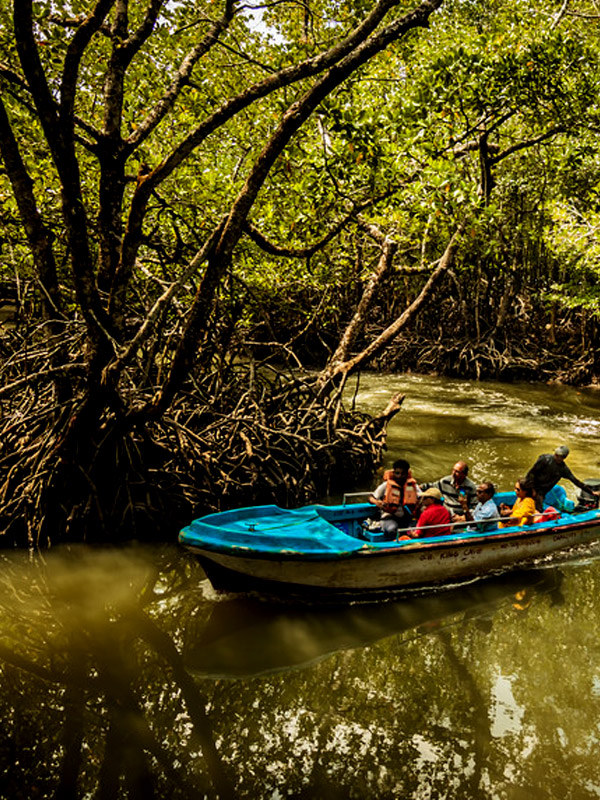 Baratang Island lies 90 kilometres from the capital city, Port Blair. Grand Andaman Trunk Road is the gateway to enter Northern Andamans, and one can reach the island via the same. The 2.5-hour-long journey splits into two phases- Port Blair to Jirkatang and Jirkatang to Bartang. Travellers can either choose government/private buses from the terminal or hire a taxi from the airport. The journey incorporates one short vehicle-ferry connection among the islands. The road cuts through a jungle that is home to the indigenous Jarawa tribe when travelling to Baratang from Jirkatang hence the vehicles are required to leave in convoys. A stretch of 49-kilometre of Jarawa Reserve Forest leads to Middle strait jetty which transports one to the other side of the strait, which then leads to Baratang.

Getting around Baratang is accessible for most as there are limited but enough means of transport. In the absence of tuk-tuks/auto-rickshaws, and no scooter or bike rentals possible, travel within the island can be in following ways.