The Andaman Islands are known for their captivating and pristine beaches, but the history of these islands is equally as fascinating. The history of Andamanese tribes dates back to the stone age, while some pieces of evidence have been dated back to 8th century BC.

In all this time, the Andamans have been through a lot of cultural and linguistic shifts, which is why this place has turned into a tourist magnet.

The wondrous and diverse geomorphology of Andaman Islands
The Andamans span nearly 360 km across, includes over 300 islands and only maybe 20 or so are populated.

There are three major Andaman Islands (North, Middle, and South) and are called the Great Andaman collectively. There is another noteworthy island called the Little Andaman located down south of the collective.

One look at the Andaman Islands map would let anyone know that there are plateaus and hills sprinkled all around the archipelago. The saddle is the highest peak located on North Andaman Island.

These islands are rich in limestone and sandstone. Also, Barren Island has the only active volcano in South Asia.

There are few rivers which can provide the population with fresh water (a frequent issue), although the place hails for some of the densest woodlands and largest mangrove forests. The place is truly a natural masterpiece and an ecological hotspot.

How Did The Name ‘Andaman’ Originate?
Sacred texts have depicted the archipelago formed by the Andaman Islands as Handuman. The Greek mathematician and explorer, Ptolemy, had mentioned the place as Agadaemon Angademan in his journals, in the 1st century. According to Marco Polo, the place was known as Angamanian by the 13th century.

The general belief for the coinage of the name ‘Andaman’ lies in the Indian mythology and the name of the revered Hindu God Hanuman. Although, around the year 1440, Niccolo de Conti, an Italian explorer noted the term could mean ‘Island of Gold’.

01
Advantages Of Booking Through Us

Located in the Andaman Islands and having great love and knowledge for it, we have gained specialisation in the Andaman tourism industry. We have over 16 years of experience in the field and this makes us the best travel expert who can give you the best recommendations.

02
Advantages Of Booking Through Us

Whatever your budget is, our offered customized Andamans tour packages will help you explore this beautiful destination without burning a hole in your pocket. We offer first-class services to all kinds of travellers—luxury/budget/solo/family/romantic, etc.

03
Advantages Of Booking Through Us

We aim at offering the most affordable tour packages so that everyone can have the best time at the pristine land of the Andaman Islands. Our staff comprising reservations, sales, and tour experts are locals of the Andamans. Thus, you are sure to get the best suggestions for your vacation. Moreover, our customer support service is available 24X7.

04
Advantages Of Booking Through Us

Holding vast expertise in promoting Andaman Island tourism, our committed representatives makes sure that you get the best deals on all your bookings. We also guarantee you the best discounts on your stay as we have tie-ups with the most amazing hotels and resorts across the Andaman Islands along with ourselves owning lavish properties as well.

05
Advantages Of Booking Through Us

With the excellent services, our dedicated hospitality team members make you feel completely comfortable, thereby offering you holidays of a lifetime.

06
Advantages Of Booking Through Us

The members of our operations team are local residents of the Andaman Islands. Therefore, they are proficient in handling all your queries before, during, and after the tour in the best way possible.

07
Advantages Of Booking Through Us

When it comes to your special requests like midnight cake cutting with music and wine, candlelight dinner at the beach, champaign by the poolside, or anything else, we make sure that no stone is left unturned to give you what you have asked for. 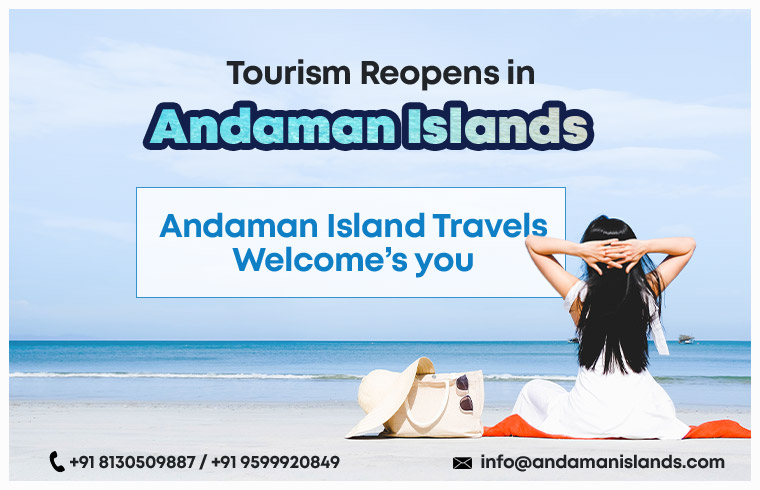