Turtle Nesting in Diglipur: A Comprehensive Know-It-All Guide For Travellers 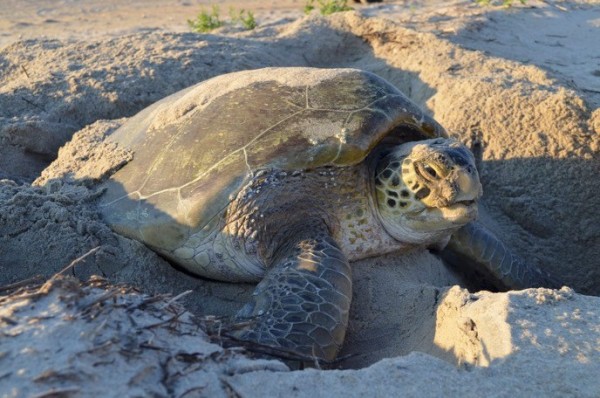 While sun-kissed beaches with gleaming waters seem like the idea of a perfect retreat, in Andamans, there is a longing for more. The archipelago floating in the Indian Ocean offers a tropical oasis with an exotic landscape with its cluster of islands, extraordinary biodiversity, and a plethora of natural marvels. Wondering what natural wonder we are exploring in this article today? Well, behold, a comprehensive know-it-all guide for travellers about 'Turtle Nesting' in Diglipur.

Turtle Nesting - What is it?

Turtle Nesting is a term collectively used to describe the process of sea turtles laying eggs on sandy beaches and the hatching of those eggs. The location and season of nesting entirely depend on the species of sea turtles. Andamans is a popular nesting site in the South Asian region— and the only one in India. During the nesting season, female turtles make their way to the beaches and dig a hole in the sand where they further lay their eggs. These sea turtles manage to place around 100 eggs in each nest and make 3–7 nests during the nesting season. Female turtles lay their eggs late at night and leave them unattended; ordinarily, the eggs take 45 – 90 days to hatch. They break open the shell with their temporary tooth, after which a plethora of hatchlings begin crawling through the soft sand towards the ocean for the first time.

Diglipur relishes the geographical advantage that ensures the annual visits by four kinds of the turtles, namely Olive Ridley ?(Lepidochelys olivacea)?, Leather Back (Dermochelys coriacea) , Hawksbill ?(Eretmochelys imbricata) and Green Turtles ?(Chelonia mydas)?. The Olive Ridley turtles are well-known in the Andamans. They produce about 100 eggs on each occasion with an incubation period of approximately 60 days. The leatherbacks are an unusual species in the Andaman archipelago for their population is among the significant territories in Indi-Pacific region. They produce about 85 eggs in each nest with an incubation period of almost 80 days. Hawksbill turtles are deemed vital for they are the most abundant species in India. They lay around 150-200 eggs in each nest with an incubation period of 60 days. Green Turtle is the most prevalent species in the Andamans. The eggs of green turtles hatch in almost 50 days with a success rate of 90% on a natural nest. If the nest is artificially relocated or caused any disturbance, the success rate may drop to 65%.

To witness turtle nesting in Andamans, one can visit Rangat and get to the Aamkunj beach, the Dhaninallah beach or head to Karmatang, also known as ‘Turtle Paradise’ of India. When in Diglipur, Kalipur beach is one of the few beaches in the world, where four magnificent and rare species of sea turtles, as named above, arrive annually to nest their eggs. There are amenities rendered by the Forest department for turtle nesting at Kalipur beach. In fact, it is one of the few beaches where the government has built a hatchery for solely this purpose. Ross and Smith Islands are home to Olive Ridley turtles that are widely popular for turtle nesting. Being at the right time at the right place, travellers might get to witness this natural wonder. ?Ramnagar Beach also relishes the topographical advantage that ensures the annual visits by Olive Ridley turtles and is also a nesting ground for these magnificent creatures. There is an artificial hatchery set up here, and visitors can witness the female sea turtles laying their eggs in the sand, and after they hatch, watching them make their way to the vast ocean.

The remote beaches of Diglipur Island attract uncounted numbers of sea turtles to nest along the island's shore. On the populated and popular nesting sites, the hidden nests are located, unearthed and relocated to guard these endangered species. ?Diglipur Island lies roughly 298 kilometres via road and 100 nautical miles (180 kilometres) via sea from Port Blair. Via road, Diglipur from Port Blair is a journey of almost 13 hours traversing through the Andaman Trunk road. Daily buses between Port Blair and Diglipur run in the morning. Travellers also have the alternative of private AC buses that offer more convenience and are more expensive. One can also hire a private cab from Port Blair to Diglipur to make the journey comfortable. While planning a getaway to Diglipur, one can also take the journey of almost 8-9 hours sailing via ferry from Port Blair to Diglipur.

If you are a traveller

Turtle nesting is usually witnessed at night, and it is advised to hire a local guide. They know the region well, and would be the best bet at educating you about the process.
Remember, you must be quiet as a mouse during this time.
Remember, to not try and touch the turtles or the eggs or go near them. They might feel threatened and go back into the ocean.
Remember, to not feed the turtles.
Remember, to not litter on the beach. Especially with plastic as turtles often mistake it for jellyfish.

While you plan your vacation to Andamans, remember to keep the nesting season in mind, if you too would like to observe turtle nesting live in action. Andamans, with its idyllic beaches, awaits your arrival and Diglipur, with its concealed natural marvels. What are you waiting for?

While sun-kissed beaches with gleaming waters seem like the idea of a ...

Parasailing in Havelock Island
Starting from : 3,500/-

Snorkeling in Havelock Island
Starting from : 1,000/-

Kayaking in Havelock Island
Starting from : 3,500/-