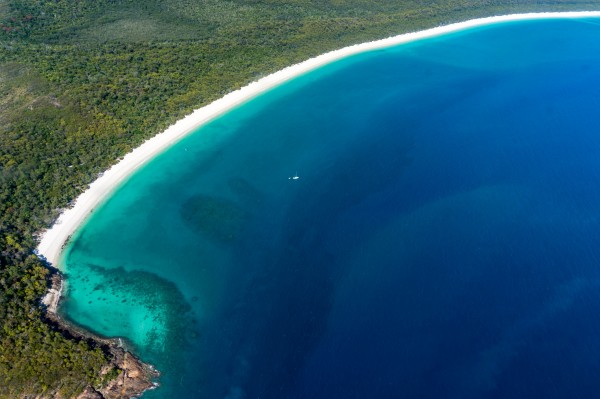 Andaman and Nicobar Islands, considered a union territory in India, consists of two groups of islands. The islands located north of 10° north latitude are known as Andaman Islands while the islands located south of 10° north latitude are called Nicobar. These islands were formed by the above-sea extensions of submarine crests of mountains. The Andaman–Nicobar Islands archipelago is the emergent part of a long ridge which extends from the Arakan–Yoma ranges of western Myanmar (Burma) in the north to Sumatra in the south.

A barren island, the only known active Volcano in south Asia lies in the Andaman Islands sea. In the late 20th and early 21st centuries, there were volcanic eruptions on Barren Island. At least 11 mud volcanoes are known to be present on the islands. In 2004 the islands drew global attention when they were severely damaged by a giant tsunami that had been triggered by an earthquake in the Indian Ocean near Indonesia.

The terrain of Andaman Islands is rough, with hills enclosing narrow longitudinal valleys, owing to its formation by sandstone, limestone, and rocks of Cenozoic age (i.e., formed during the past 65 million years). Flatland is confined to a few valleys, such as the Betapur on Middle Andaman Islands and Diglipur on North Andaman Islands. Most of the islands in Andaman Islands exhibit dense forest cover, trees that are more than 30m tall, rainforests, owing to the tropical climate contributing to the lush vegetation.

Large river bodies are scarce in Andaman and Nicobar Islands, and while Nicobar is blessed with various perennial streams, Andaman Islands has one river, Kalpong. Originating from Saddle Peak, the river traverses in the northward direction for a distance of roughly 35 kilometres before it joins the Aerial Bay Creek on the east coast. The climate of the Andaman and Nicobar Islands is tropical, always warm, but with sea-breezes, with temperatures typically ranging from 23 °C to 30°C. Rainfall is irregular, with islands receiving 120 inches of precipitation annually, brought by the southwest monsoon and the tropical cyclones that follow in October and November.