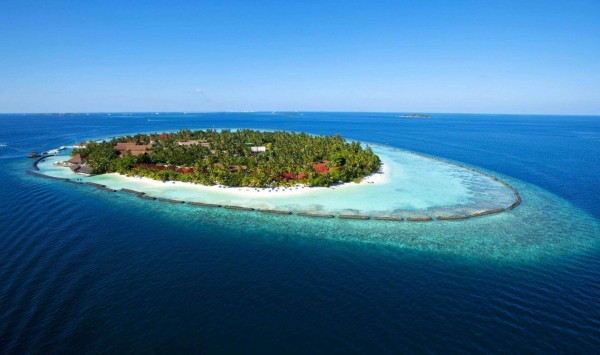 Long fabled amongst explorers for its exquisite beaches, underwater spectacles and primaeval location in the middle of nowhere, ever wondered about the chronicle of the Andaman and Nicobar Islands? The history of the Andaman and Nicobar Islands traces back to the Ramayana period. In the Ramayana period, it was called Hanuman or Handuman, with years passing by this place was renamed. Travellers from different parts of the world visited this place. History shows that Arab Travellers visited Andamans Islands in the 19th Century, Marco Polo visited in the 13th century who describes this place as Angamanian, Friar Odoric in 14th Century, Caesar Fredericke in 16th Century.

Located on the trade routes from India to East Asia, the Andaman and Nicobar Islands groups were well-known since the earliest times. The 7th-century Chinese Buddhist monk I-ching, the Arab travellers of the 9th century, and Marco Polo (c. 1254–1324) are among those who mentioned the islands. The name Andaman is believed to be derived from the name of the monkey god of Hindu mythology, Hanuman and Nicobar are traced back to the Tamil word nakkavaram ("land of the naked") by the historians.

The population of the region was substantially changed by the settlement of convicts from the mainland and of numerous refugees, primarily from East Pakistan (now Bangladesh Japanese forces occupied both the Andaman and Nicobar Islands groups during World War II (1942-1945). The British abolished the penal colony in the Andamans after recapturing the islands. Then, the administration of the Andamans and Nicobar Islands was passed onto independent India in 1947. In 1979, the Andaman Cellular Jail was declared a national monument.

Often coined as "A slice of Paradise ”, Andaman Islands is not just another destination BUT is a crosscut to a landscape that is a slice of solitude on Earth. Boasting of some of the most iconic landmarks combined with the poetic panorama of nature with scenic beauty is so eye-captivating that it lures travellers from all around the world. Andaman’s history is as fascinating as its beaches. It is an honour and privilege for us to introduce you to some of the most interesting facts about this island which have been compiled from multiple sources-

Some genetic studies suggest that the Andamanese were isolated from other populations over 30,000 years ago. The earliest archaeological evidence, however, dates back to some 2200 years.

When the Nicobarese people were first discovered by Europeans, they used to speak Moh-Khmer and Shompen languages which were unrelated to Andamanese. Instead, these languages are closer to Austroasiatic languages.

Island Without A Name:

Circa 1440, Italian traveller Niccolo de Conti mentioned the islands and said that the name means ‘Island of Gold’. Could it be, we wonder? History buffs and enthusiasts often wonder if there is a hidden national treasure on the islands? The popular belief remains that the islands got its name from the ancient Indian God, Hanuman (Sanskrit form Andaman).

In the book titled “Book of Wonders” which was produced in Paris, (France) during the early 15th century, it was depicted that the Andaman Islands were inhabited by wolf-headed people! These false claims can be traced back to the inaccessibility of islands during that time.

Barter That Changed The Geography:

Originally, Andamans was a part of Burma. Pandit Jawaharlal Nehru traded this island with the Burmese people in exchange for two districts of Manipur. Now Imagine how different historical facts about Andaman would have turned out to be, had this one incident not happened!

As customary to most of the civilizations around the world- early days of Andamans also saw a struggle between ‘outsiders’ and islanders. One of the most famous being the ‘Battle of Aberdeen’ fought between the Andamanese tribe and the British on May 17, 1859. To commemorate the local tribesmen who lost their lives, a memorial has been built at the Andaman Water Sports Complex.

Andaman and Nicobar Islands were occupied by Japan for three years during World War II. The takeover came as a result of Indian revolutionaries joining hands with the Japanese to create a stronghold against the Britishers. The Japanese landed at South Andaman on March 23, 1942. They soon took over the islands and freed the inmates of the cellular jail who were asked to join the Indian National Army. Most of them joined too. These revolutionaries, headed by Dr Subash Chandra Bose, convinced the Japanese to give the islands back to India. They then hoisted the Indian flag here on December 30, 1943, and named the islands Shared Swaraj. But all did not remain well. The atrocities of the Japanese on the Indians was nothing short of the barbarity that happened during holocaust, but they are not spoken about as much. Over 2000 Indians died during this period before the British recaptured the islands in 1945. Rumour has it that the Japanese made a secret tunnel connecting Ross Island to Port Blair, though it has not been discovered till date.

During World War II, the islands were under Japanese control, only nominally under the authority of the Azad Hind Fauz of Subhash Chandra Bose. He visited the islands during the war and renamed them as "Shaheed-Dweep" (Martyr Island) and "Swaraj-dweep" (Self-rule Island). On February 22, 1944, General Loganathan of the Indian National Army was made the Governor of the Andaman and Nicobar Islands. On March 21, 1944, the Headquarters of the Civil Administration was established near the gurdwara at Aberdeen Bazaar. On October 2, 1944, Col. Loganathan handed over the charge to Maj. Alvi left Port Blair, never to return. Japanese Vice Admiral Hara Teizo and Major-General Tamenori Sato surrendered the islands on October 7, 1945, in a ceremony performed on the Gymkhana Ground, Port Blair.

Perhaps the most painful historical fact about Andaman is the history behind cellular jail, which was built to keep political prisoners who were India’s freedom fighters. The island was often popularised by the people as ‘Kala Pani’ or black waters. Thousands of prisoners were tortured and killed in jail. The jail today stands as one of the most visited landmarks by the tourists who come to the islands.

Andaman eventually became a part of India in 1950, despite the announced intention of the British Government to resettle all native Anglo-Indians and Anglo-Burmese on these islands to form their separate nation. Andaman was declared a Union Territory of the nation in 1956. Since the 1980s, it has also become a hub for Indian defence services to develop various facilities, serving a crucial position in India's strategic role in the Bay of Bengal and the Malacca Strait.

December 26, 2004, is remembered as a Black day in the minds of many natives of these islands. At around 8 AM, The coasts of the Andaman and Nicobar Islands were devastated by a 10 m (33 ft) high tsunami following an earthquake in the Indian Ocean. The number of people that lost their lives exceeded 2000, roughly 4000 children were orphaned or bore the loss of one parent, at least 40,000 people lost their homes overnight, and More than 46,000 people were injured. The 2004 Indian Ocean Tsunami or Christmas Tsunami, caused fatalities among a large number of tourists because of the holiday season. Luckily, many of the aboriginal tribes were able to escape because of the traditions that were passed down telling them to evacuate from large waves that followed big earthquakes.

All of Andaman and Nicobar Isalnds lie in a Zone V seismic hazard. The islands are prone to both earthquakes and tsunamis. A tectonic process called ‘SeaFloor Spreading’ has resulted in the constant widening of the Andaman Sea. The Indian plate is diving beneath the Burmese microplate due to a process called ‘Subduction’. There have been hundreds of small earthquakes hitting the islands from time to time and continue to do so.

Andaman is considered to be the home to the only lava volcano found in the South Asia region. Barren Island’s volcano’s first recorded eruption was in 1787. The volcano has erupted 10 times since then, the latest in February 2017. Due to the volcano, the sea around the islands is very potent for scuba diving.

History At a Glance :